The Boys in Brown will contest their third home game in a row on Friday evening when they take on VfL Bochum at the Millerntor (kick-off: 1830 CET). To give you a feel for the game, we’ve put together a few facts and figures on our forthcoming opponents.

New man at the helm

VfL Bochum became the second club this season to replace their head coach when Thomas Reis took the tactical reins from his predecessor, Robin Dutt, in game week 6. The 45-year-old made a total of 199 competitive appearances for the Ruhr outfit as a player and also began his coaching career at the club. Before returning to the Ruhr, he had a successful spell in charge of VfL Wolfsburg’s Under-19 side. Last year, the Wolves won the league in the Northern section, beating off a strong challenge from our own Under-19s that only faded towards the end of the campaign.

It’s enough to drive you mad! VfL Bochum fans have had to settle for a draw in each of the club’s first five home games this season. And there‘s almost always been drama involved, with stoppage-time equalisers galore at both ends. The sense of relief was tangible, then, when Thomas Reis’s side claimed their maiden home win on Monday evening when they defeated Nürnberg by three goals to one.

Attack the best form of defence?

In Silvere Ganvoula (eight goals, four assists) and Danny Blum (five goals, six assists), two Bochum players lead the way in the goals-and-assists rankings along with Bielefeld’s Fabian Klos. Thomas Reis’s side have been among the most prolific scorers this season, with only Hamburg and Bielefeld finding the net more often. Nevertheless, lapses of concentration when out of possession see them languishing in the relegation play-off spot. Bochum have shipped 25 goals this term, the worst defensive record in the league, and are the only team not to keep a clean sheet.

The penalty specialist in goal

Against Karlsruhe last time out, Dimitrios Diamantakos became the first St. Pauli player in more than 40 years to score two penalties in a league game. If the Greek striker has another opportunity from the spot against Bochum, he’ll come up against a genuine penalty specialist in VfL keeper Manuel Riemann, who has saved both penalties he has faced this season. And there’s more. In one of the greatest games of his career so far in August 2007, Riemann, then 18 and playing for Wacker Burghausen in the first round of the DFB Cup, saved two spot-kicks from Bayern Munich’s José Sosa und Martin Demichelis in the penalty shootout and then put one past then Bayern custodian Oliver Kahn at the other end. Despite this, Burghausen went on to lose a dramatic cup-tie 5-4 from the spot. 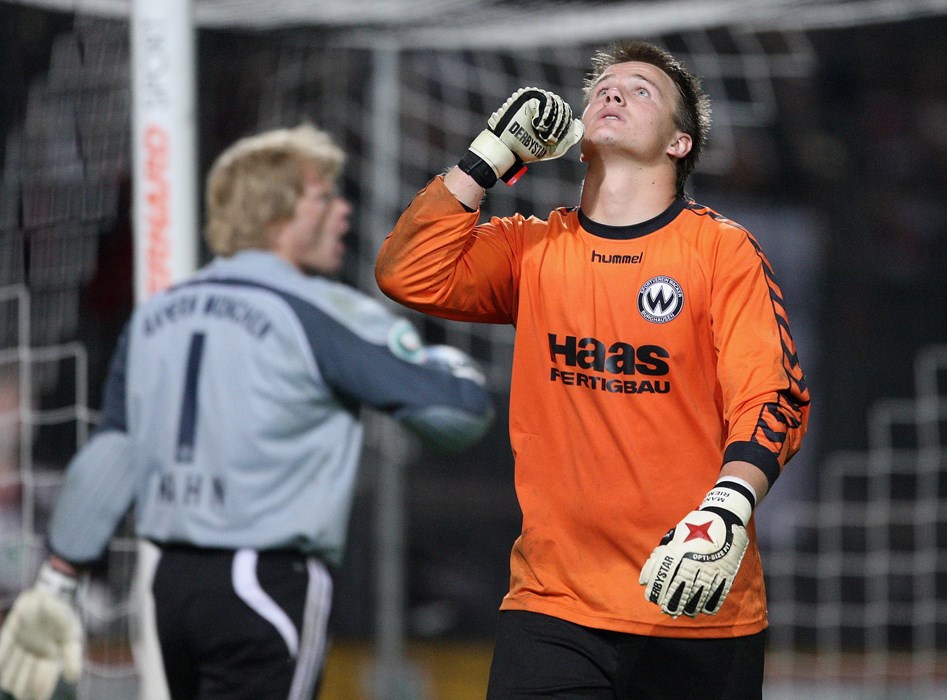 High drama in the cup back in 2007: Manuel Riemann, then aged 18, had Bayern Munich on the verge of defeat in the first round.

As we’ve always said, runs are there to be extended. This because Bochum have assumed the mantle of our favourite opponents in recent years. The Boys in Brown have lost none of the last ten meetings between the two sides, winning six.