The second division returns to action on Tuesday with the first three points of the year at stake for the Boys in Brown at Greuther Fürth. How is the season going for the Middle Franconians? How have they started 2020? As usual, we've taken a closer look at our next opponents.

Winless in four during the break

Stefan Leitl's side played four warm-up games during the winter break. They kicked off with a 1-1 draw against Bayern Munich II, striker Daniel Keita-Ruel finding the target, before contesting two friendlies in one day at their winter training camp in Belek. The game against FC Vaduz ended goalless and was followed by a 3-2 defeat against third-division Hallescher FC a few hours later, with both goals coming from 17-year-old youth-team striker Mert-Yusuf Torlak. Fürth missed out in their fourth warm-up game, too, going down 3-0 to Polish top-division club Lechia Gdansk.

One in, three out

Fürth announced a number of squad changes during the winter break. In Timothy Tillman, a homegrown player returned to the club. The 20-year-old midfielder wore the Fürth shirt from 2009 to 2015 before joining Bayern Munich Under-17s and then spending time on loan at FC Nürnberg. In the other direction, Florian Mohr (17 appearances, 1 goal and 5 assists this season) left the club to join league rivals Heidenheim, while Daniel Steininger (no Bundesliga 2 appearances) signed for third-division Magdeburg. Elias Abouchabaka (no Bundesliga 2 appearances), who was originally loaned from Leipzig ran until the summer, has gone back to the Bundesliga league leaders.

Lots of yellows, no reds

The Cloverleaves have been more than happy to get stuck in this season and no other team has committed more fouls than they have (262). A total of 44 yellow cards puts them in second place in this category behind Wehen Wiesbaden (45). In Paul Seguin (6 cautions) and Maximilian Wittek (5), two Fürth players have served one-match bans. Stefan Leitl's side may have played unfairly at times, but they have never gone over the top and are thus the only team apart from Heidenheim yet to have a player sent off this term.

Level-pegging in the stamina stakes

How different a team's running performance can be is shown by the examples of Arminia Bielefeld and SV Sandhausen. In the first half of the season, Bielefeld (2,111.36 km) covered 109 kilometres more than SVS (2,002.13 km), i.e. almost six kilometres more per game. It is a completely different story when it comes to us and Fürth, however. Stefan Leitl's charges (2,050.49 km) have run just 500 metres further than the Boys in Brown (2,049.99 km) - a paltry 28 metres more per game.

In Holstein Kiel (2 goals) and Dynamo Dresden (3), only two teams have scored fewer goals from set pieces than Fürth (5) this season. The Middle Franconians are still waiting for their first goal from a corner, a feat matched only by Holstein Kiel. To be fair, though, Fürth have not been overly troubled by opposition set pieces, with only VfL Osnabrück (3 goals) conceding fewer goals than they have (5). 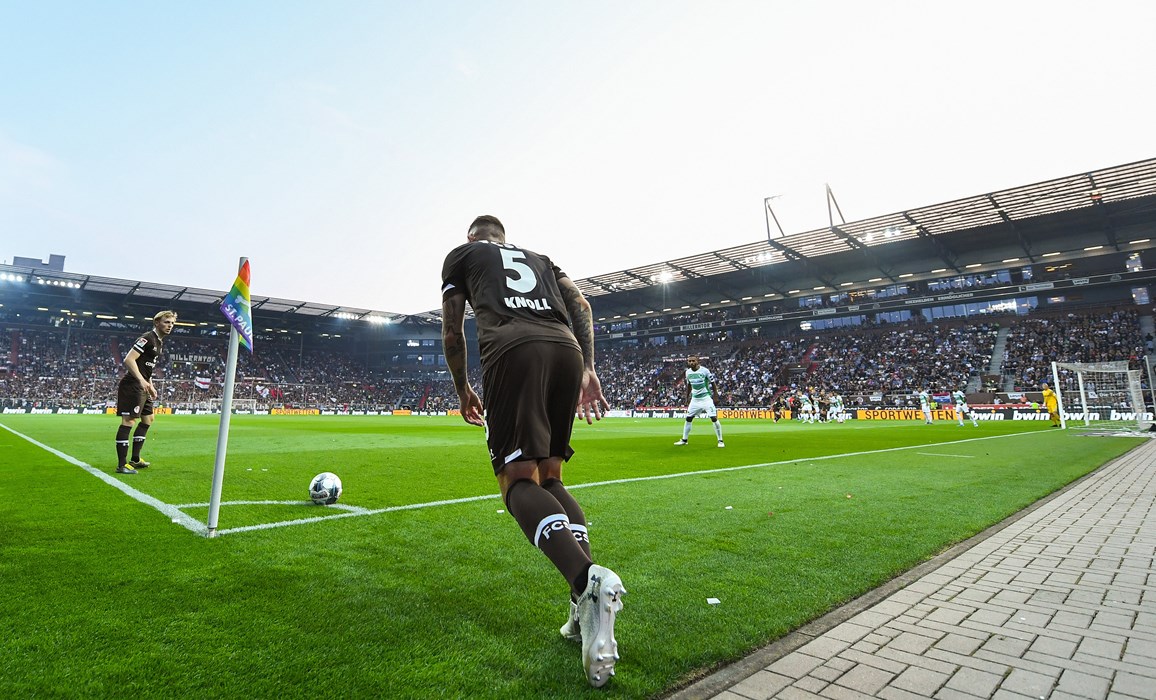 In the reverse fixture, which ended in a 3-1 defeat for the Boys in Brown, Fürth successfully defended seven corners from Marvin Knoll and Co.

HIMMELMANN: " WE'RE DELIGHTED TO HAVE GIVEN THE FANS THIS MOMENT"

After the derby win at HSV, the on-pitch celebrations with the fans continued without interruption in the dressing room. Understandably, the mood was one of jubilation. Here's the best of the reaction.