Buchtmann: "It's tough when there's someone next to you sawing logs all night"

After the two wins against Wehen Wiesbaden and Arminia Bielefeld, the Boys in Brown entered the winter break on a high. Christopher Buchtmann started both games to end the year on a positive note after a difficult six months for him personally. The midfielder, who picked up an injury in late autumn, intends to use the time until the campaign resumes at Fürth on 28 January to build the fitness needed for the rest of the season. But first, he is looking forward to the training camp in Valencia.

"Everything's super, I'm feeling good," said Christopher Buchtmann when asked how the first few training sessions of the new year had been. "The coaching team have measured the sessions well. We haven't gone flat out straightaway, which makes total sense. The workload will be increased at training camp", the 27-year-old added. After seven training sessions in Hamburg, the Boys in Brown will continue their preparations near Valencia from Sunday. Buchti is already looking forward to his 14th training camp with the club: "The conditions in Spain are super, we'll work well there. We'll also come closer together as a team."

The duration of the training camp is an important factor for the midfielder: "It shouldn't last longer than 10 days. When the first week is over and you know there are still another four or five days to go, the last few days do drag on a bit. Eight days is perfect. And in Wiesbaden and Bielefeld, we also have exactly the right opponents for the warm-up games."

Equally important is the choice of roommate. And in Daniel Buballa, Buchti has long since found the right one. "We've been sharing a room for the last four or five years and are a well-honed team. Everything's totally relaxed with Buba, we're both more of the quiet type in private. It helps that neither of us snores as well. It's tough when there's someone next to you sawing logs all night" 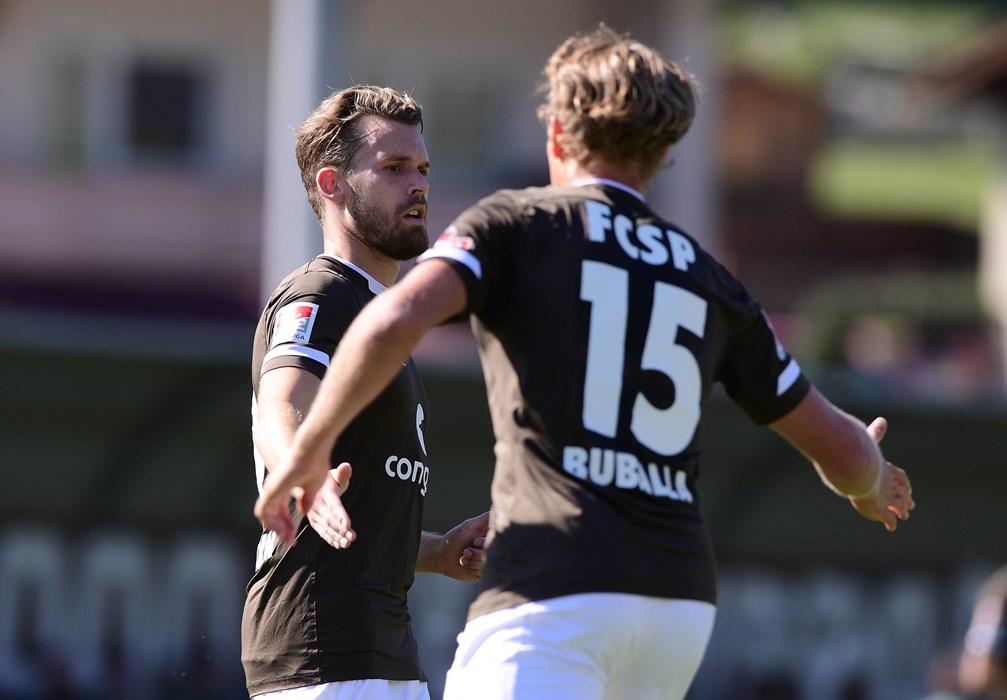 Tough is how you could describe the first part of the season for Buchtmann. The midfielder spent most of his time on the bench, making just one start - at Lübeck in the DFB Cup - in the first three months. "It wasn't an easy time for me," he said. "I couldn't be happy with the situation. Several factors played a role. I had to accept it, though, and I always tried to go flat out." Then, when he finally returned to the first team at Heidenheim in late October, he tore the medial collateral ligament in his left knee. "One thing led to another at that time. It didn't go very well for me at all," said Buchtmann looking back. 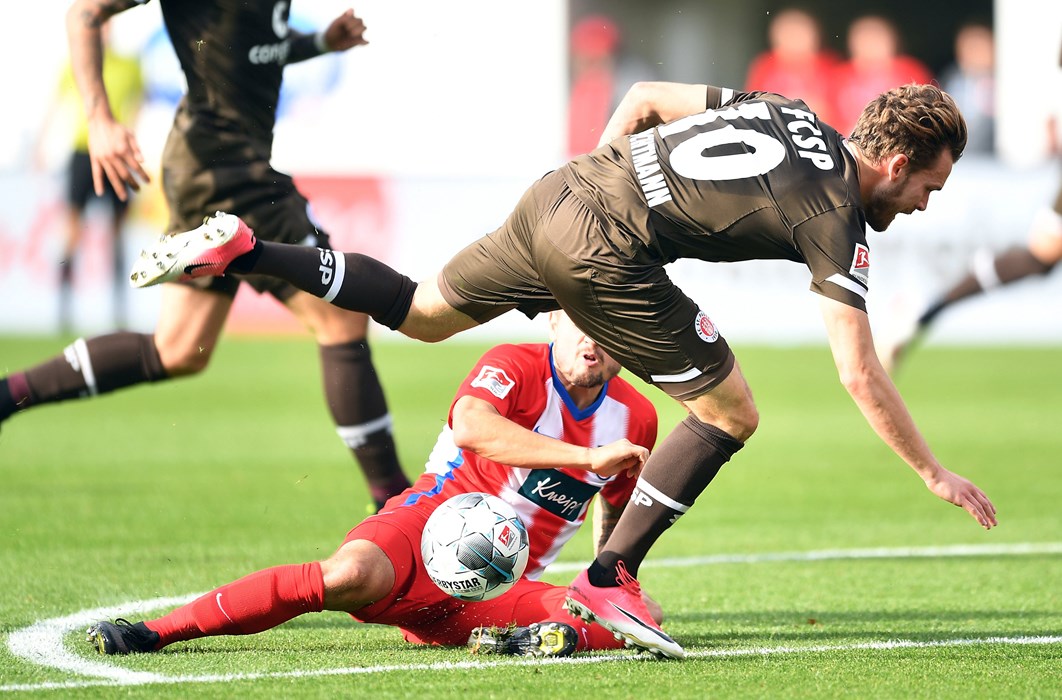 Buchtmann picked up his injury in a challenge with Marnon Busch. The Heidenheim player blocked his shot, causing his MCL to tear.

The midfielder knew what to expect, however, as it was the third time he had torn an MCL. "Everyone who looked after me did a really good job. It was perfect," said the 27-year-old in praise of the medical and physiotherapy departments. His knee became stable again very quickly and Buchtmann was back in action before the winter break. He started in both the 3-1 win against Wiesbaden and the 3-0 defeat of Bielefeld, lasting for about an hour each time before being forced off due to not being fully fit. 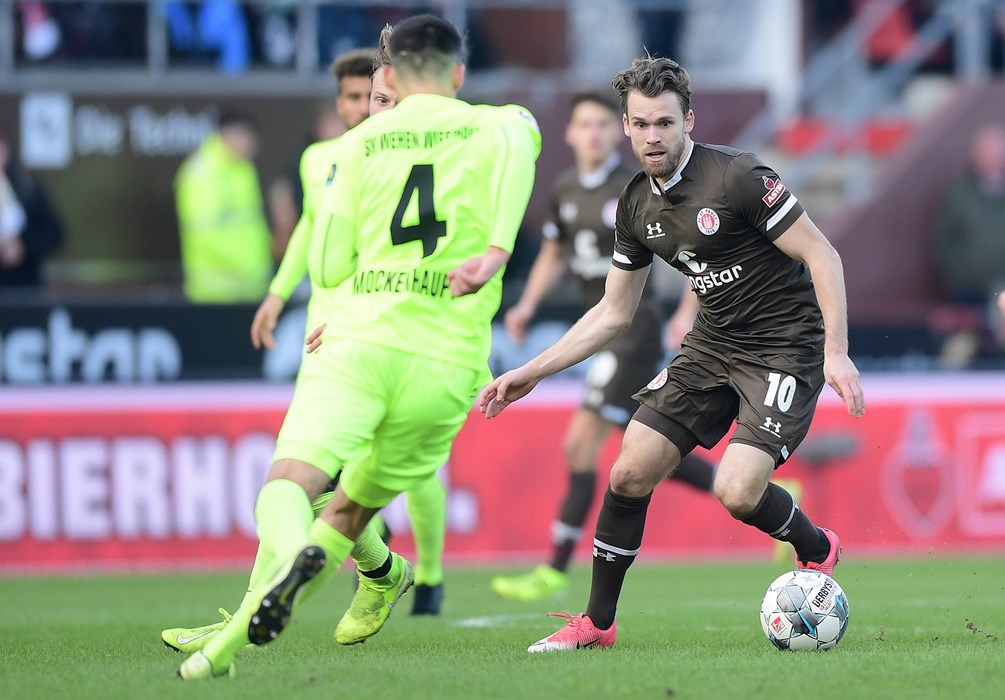 With the Boys in Brown "on a roll" after a long sticky patch, Buchtmann would have liked to have kept playing, of course. The two wins made for a nice ending to the year after a difficult six months for the midfielder. "It did all of us a lot of good, not just me," said Buchti, who now aims to gain the fitness needed for the second part of the season, which begins at Fürth on Tuesday, 28 January: "Every session until then is very important for me. I'm still feeling the after-effects of the injury, but I aim to be at 100 per cent again in time for the opening game.

LUHUKAY: "PLAYERS HAVE KEPT THEIR FOCUS AND GOT THE MOST OUT OF IT"

At the end of training camp, Jos Luhukay looked back at the time on the Spanish Mediterranean coast. In this interview, the 56-year-old speaks about…

FLUM: "YOU HAVE TO WORK HARD TO GET BACK"

This season hasn't gone quite according to plan for Johannes Flum. After a lengthy layoff in summer, the 32-year-old needed some time to return to full fitness. We spoke to the midfielder about his personal circumstances, the winter training camp and dealing with the demands of the professional game.