The Fanladen drop-in was established more than 20 years ago as part of the not-for-profit youth and sports organisation Jugend und Sport e.V. It was set up by active fans of FC St. Pauli and is now based in the East Stand (Gegengerade) of the Millerntor Stadium. The Fanladen provides fan-support services on the basis of Germany’s National Sport, Safety and Security Concept (NKSS).

The core elements of the concept with regard to fan project work are built around a violence-prevention approach in the work with young football fans. As such, the Fanladen is a government-approved youth service organisation and operates according to the social work principles of outreach- and acceptance-based youth work.

Although the fan project operates independently of FC St. Pauli and the club structures, the impact and acceptance of the work inside and outside the club should not be underestimated. A key aim is to work as closely as possible with the relevant supporter groups, any emerging groupings, such as ultras, and representatives of FC St. Pauli, thus augmenting the successful work of the fan project.

MORE THAN JUST A FAN PROJECT –  FOOTBALL AS A FREE SPACE

Even in the way it came about, the Fanladen has always been more than just a fan project run in accordance with the NKSS. The Fanladen can be seen as the birthplace of a new fan culture in Germany and is still considered one of the pioneers of the alternative supporter movement. One of the organisation's key aims is to give the 'silent masses' a voice, to offer supporters an opening, and to represent their interests in the commercial jungle of the professional game. Be it by creating Germany's first modern fanzine, the Millerntor Roar, which is still considered a forefather and paragon of German fanzine culture, helping to establish the nationwide Association of Active Football Fans (BAFF), participating in the international Alerta network, and organising demonstrations and protests against a space increasingly dominated by money.

This kind of work can only be about creating communication spaces in this environment and supporting individual initiative. Without supporters taking up these opportunities, without fans taking the initiative to create their own cultural spaces, the Fanladen would not be what it is today – a mediator between the club and supporters, a place to meet and chat, a source of information, somewhere to vent frustration, and an HQ for fans.

Hardly anything that happens within the St. Pauli supporter community passes the Fanladen by. Very few nationwide events and meetings take place with the Fanladen, and no other German supporter organisation has so many international contacts.

More than 15 years of active fan work, primarily by fans for fans, has created a large informal network. Ultimately, the importance of the Fanladen for St. Pauli demonstrates that an active supporter community can earn itself a status at its own club that embraces not simply the 'silent masses' but rather an active section of the entire club. For the future, then, this can only mean continuing to create spaces, support individual initiative and achieve something that really matters to fans – i.e. being a key part of a culture.

Our core tasks include organising away travel, trips and special events for under-18s (for some away games we provide supervised coach travel, sometimes with overnight stays; alcohol and cigarettes are banned on these 'Ragazzi Under-18' tours, which are organised at pocket-money prices). We organise events aimed at young women and girls, supporters club tournaments and delegate meetings, panel discussions and international supporter events. We also provide information, help all relevant supporter groups, and look after the more than 500 St. Pauli supporters clubs across Europe, etc. Our work is tailored to the needs of supporters and is driven by fans and their ideas.

SOMETIMES THE FANLADEN IS SEEN SIMPLY AS A PLACE TO BUY SUPPORTER PRODUCTS. THAT IS NOT WHAT WE ARE!

We see ourselves as representatives and critical observers of FC St. Pauli fans, as advocates for supporters experiencing problems with the club, police, stewards or the authorities, and as mediators between supporters and the club. Our services are open to every fan and we are happy to provide help, advice and support in the event of questions, problems, personal emergencies, contact requests and other needs.

The Fanladen in the East Stand is there for YOU, so make the most of it and pop in during the week and before or after any home game. You’ll also find us in the container in the North Stand and our new room in the South Stand before kick-off and at half-time. Stop by and talk to us! 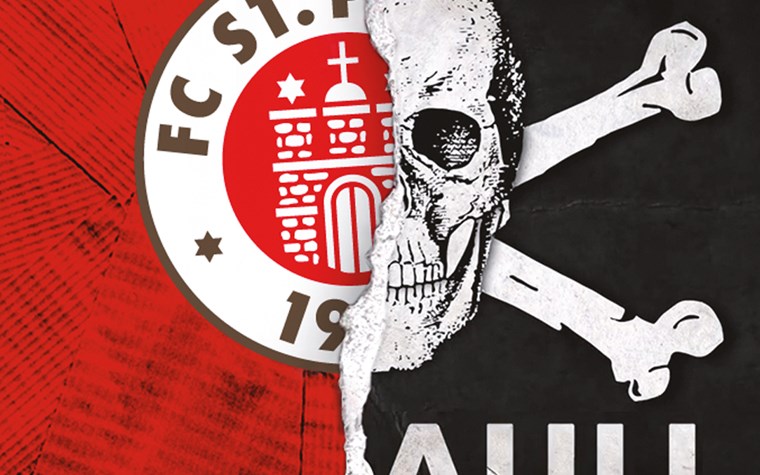 Tuesday to Friday: 3 to 7 pm and before/after home matches of the first team.