New signing Guido Burgstaller made a name for himself in the German game during his spells at FC Nürnberg and FC Schalke 04. On Monday, the 31-year-old Austrian striker spoke to the media for the first time since completing his move from Gelsenkirchen just before the end of the transfer period.

...his first impressions of Hamburg and the team: "All very positive! I was given a warm welcome by the team and went straight into the squad for the first game, which unfortunately we lost. I'm still living at a hotel and haven't seen much of the city yet but I'm looking forward to having a look round when I have more time. My first priority is to get to know the team and the coaches better."

...the first text message from director of sport Andreas Bornemann: "I was very happy to get it. You can't take it for granted that sport directors of other clubs will be thinking about you. I spoke to my wife and my agent about it and one thing led to another."

...his perception of the team: "We have a young talented team with a few older players. The team has a good cohesion, which we will build on and then see what the season brings.

...previous meetings with St. Pauli: "I've only played at the Millerntor once, a 2-1 win with Nürnberg. I still remember the special atmosphere and the flair."

...looking forward to Hells Bells and Song 2: "It would be fantastic to hear both on the same day. Anyone who knows me knows there's nothing better than winning as a team for me."

...coach Timo Schultz: "He's a very emotional coach who talks a lot to the lads and tries to involve some fun. I think he can be more like a mate than a coach, but when you go out on the pitch, you have to give 100 per cent. It's all about the mix. I'm really looking forward to working with him." 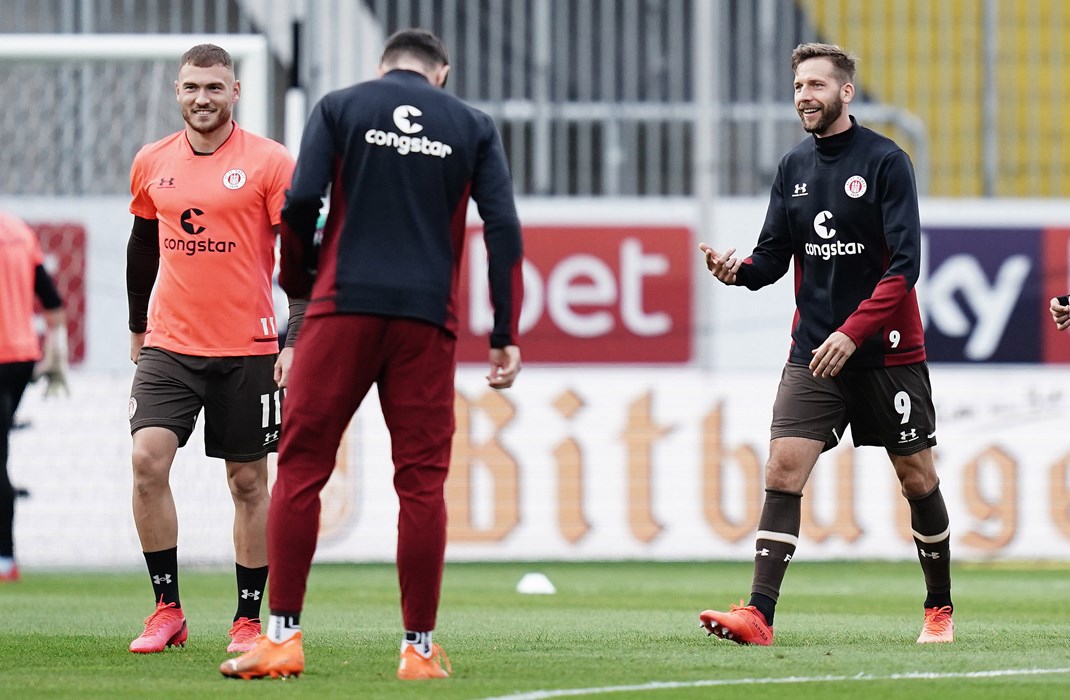 ...his barren spell and the winless run at Schalke: "It's more an issue for the media and doesn't bother me. I've scored a lot of goals in the last few years. It hasn't gone so well recently, but you have to accept that. I know the reason for it and I'm not about to bury my head in the sand."

...his local derby experiences: "I've been involved in a few derbies. With Rapid against Austria, with Nürnberg in the second division against Fürth and also with Schalke against Dortmund. If I add them all up, it's ends in a draw. I'm looking forward to the Hamburg derby, which is always special for players and fans alike. There’s nothing that can’t happen in a derby game, as the 4-4 draw with Schalke at Dortmund showed."

...the upcoming home game against Nürnberg: "It's obviously something special when you've spent two years there. I still know some of the lads, and Geis from my time at Schalke. I hope we can take all three points and send them home empty-handed."