SAHIN: "INGOLSTADT SPELL WAS GOOD FOR MY PERSONAL DEVELOPMENT“

A new old face can be seen at the club’s Austrian training camp. Cenk Sahin is back in the brown-and-white colours after his loan spell with FC Ingolstadt. In Mayrhofen, the 24-year-old spoke about his time there, his return to the Boys in Brown and his personal goals.

After six months at FC Ingolstadt, Cenk Sahin is back playing for FC St. Pauli. The tricky winger joined the then second-division outfit on loan last winter. Even though Ingolstadt were eventually relegated, and he didn’t play all the time, Sahin believes the decision to move was the right one. “I needed a change of scenery,” he said. “It did me good. It’s a shame I didn’t play all the time, of course, but the time in Ingolstadt was still good for my personal development.”

Another area in which Sahin has made good progress is his language ability. In the past, Cenk had been reliant on longstanding Under-15 coach Baris Tuncay to translate for him when dealing with the media, but now needs no help speaking what for him is a foreign language. “I made a big leap forward over the last six months. I’d always understood a lot, but speaking was a problem for me. It’s going much better now, which is obviously a big advantage for me on the pitch as well.” 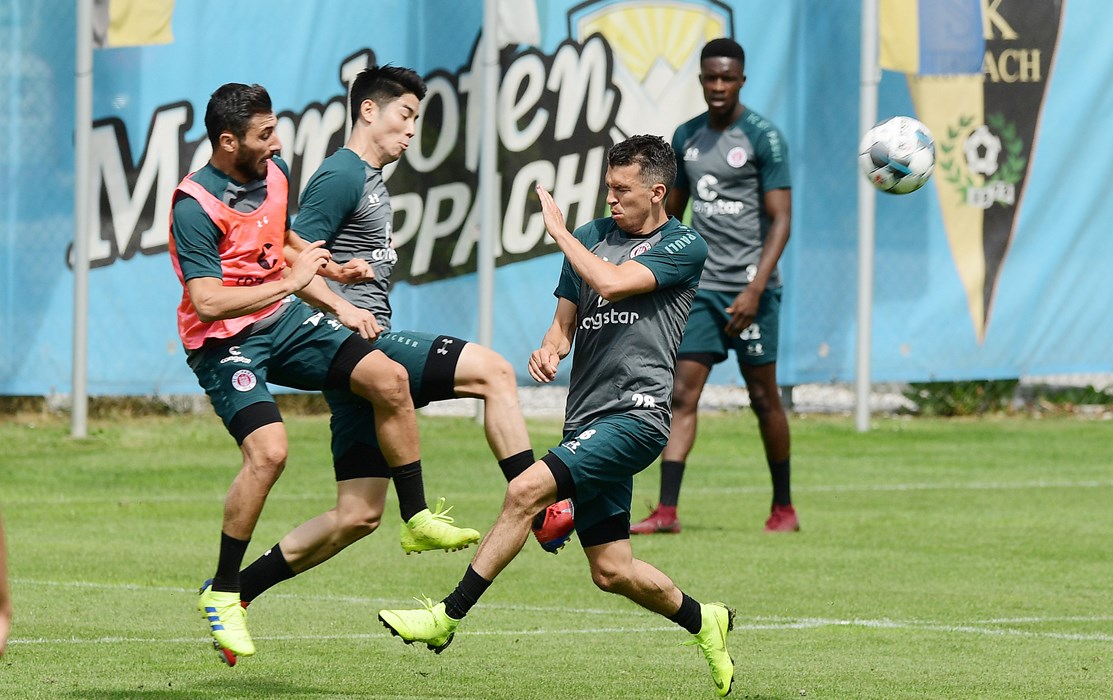 Flat out at the Austrian training camp - Cenk Sahin challenges for the ball with Yiyoung Park and Waldemar Sobota.

Football is his metier, however, and here his aim is to build on the momentum of his return. “New coach, new lease of life” is his motto, and Jos Luhukay’s attacking style will clearly suit him. “We try to play attacking football and defend aggressively, which means we have more possession, and I like that, of course.”

Though Sahin is aware he has a lot of work in front of him, he has a good feeling: “The coach has trust in me. He knows what I can do, though I have to improve in a lot of areas, including my defensive work.“ Where he ends up playing, is not so important. “I like playing on the right wing but don’t have a problem with playing on the left,” he concluded.