SCHULTZ: "IT'S SOMETHING THAT HAS ALWAYS DEFINED ST. PAULI"

The Boys in Brown continue their league campaign with a home game against Holstein Kiel on Saturday (13.00 CET). Ahead of the clash with the second-placed team, head coach Timo Schultz took time out as usual to field questions from the local media.

...the vote of confidence from president Oke Göttlich after the Würzburg game: "I didn't hear it initially because we were busy with other things. I'm pleased. It's something that has always defined St. Pauli. That you stand together in times of crisis and get through them together. We'll try to do better against Kiel and, if we can, take all three points to give something back."

...the demanding schedule: "In a week like this one with three games in six days, we take each day as it comes and monitor how the lads are doing. Playing with ten men at Würzburg drained more energy from us. There are lads like Afeez Aremu who have gone to the limit physically twice. Against Kiel, everyone has to go to the limit again. We'll look very closely to see who has the physical and mental freshness to go all out once again tomorrow."

...the chances of Dejan Stojanovic and Eric Smith playing: "We'll make a decision today as far as Dejan is concerned and then communicate it to the goalkeepers. Eric hasn't played since December 6 or been in full training, though he has kept himself fit. Eric hasn't trained with the squad yet and so won't come into question this weekend."

...the time needed to integrate the new signings: "A winter break with three weeks to prepare would have been better, of course, but we're bringing players in because we think they can help us out right away. In Eric’s case, having a three- or four-week break might not be that bad because he'll be fresh. Everyone else is coming off training and playing, which has the advantage that we don't have to step up their workload that much and can play them straightaway."

...filling the right-back position: "We have four right-backs in the squad on paper and none of them are available to face Kiel. We'll have to improvise again. Kevin Lankford can definitely play there, Leon Flach is another option despite being left‑footed, and maybe I can move Adam Dźwigała to right-back as well for one game. A final decision hasn't been taken yet, it also depends on whether Daniel Buballa is fit to play or not. I'm assuming he will be. We'll know today whether it's a thumbs up or a thumbs down."

...opponents Holstein Kiel: "They're a well-honed team who are deservedly up there. We've already had the pleasure of playing two friendlies against Kiel this season. They're a top side, looking at the depth of their squad, and I expect them to be challenging to the end. They don't have any real weaknesses, they're very solid defensively and have some outstanding players in attack, such as Fin Bartels, who we know very well here. It's definitely a tough ask. We’ll have to throw everything at it if we want to leave the pitch victorious." 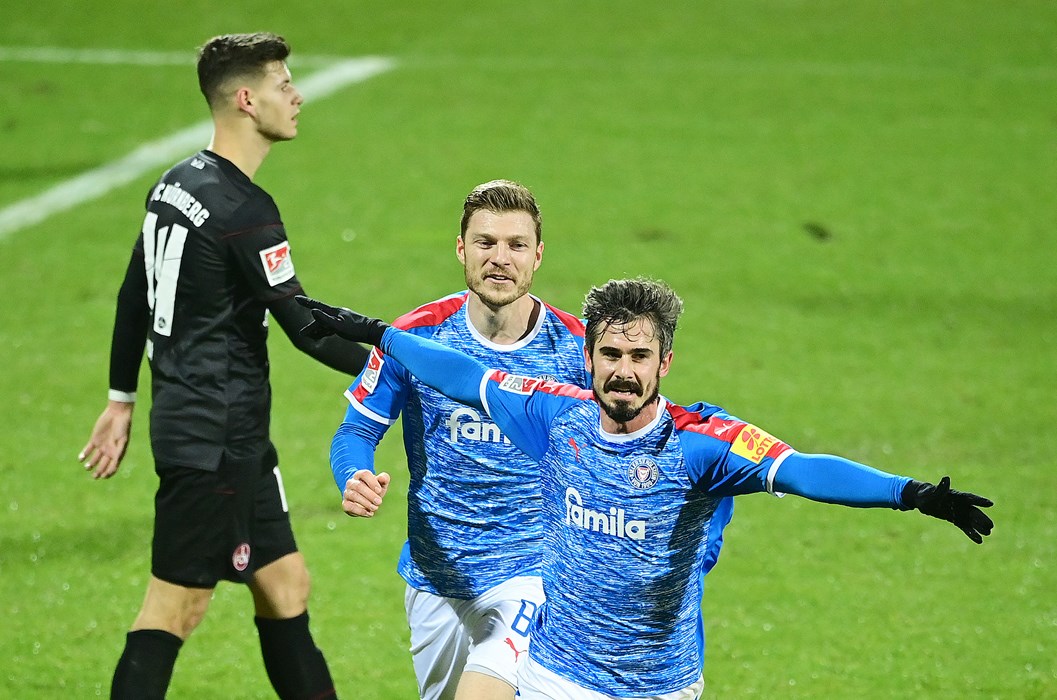 Fin Bartels and Holstein Kiel have had an excellent season, with the former St. Pauli man performing strongly, scoring three goals himself and making another four.

...the game against Kiel: "I always hope we can play with conviction and confidence. The second half at Würzburg showed that there's life in the team, that the lads want to play, that they're intact and that they’re there for each other. It'll be a different game against Kiel, we go back to square one against really tough opposition. Whenever we’re active and focus on the things we can influence and try to get into the game with fighting spirit, desire and commitment, we’ve actually played well. They're the main qualities we need to show against Kiel."

...dealing with the negative run: "You have to stay positive and think in terms of solutions. You have to consider how you can turn it round. If you ever get into the habit of simply complaining about everything, and everything seems hard, you're not going to get out of it. It's up to all of us on the coaching team to show the lads what's good and what's not so good. You have to be critical and point to things that aren't going well in no uncertain terms. I can see the lads are trying and going flat out. We can only get out of this situation together - all of us. We have to stick together, believe in ourselves and remain convinced we can turn it round. If you look at the table, it's still tight at the bottom. You can climb out of the drop zone with one or two wins and that has to be our goal. We have to bundle our strengths and make sure we get every point we can. When we've gelled together even more as a team and find some consistency in our performances, I'm sure we can go on a run and climb away from the bottom."