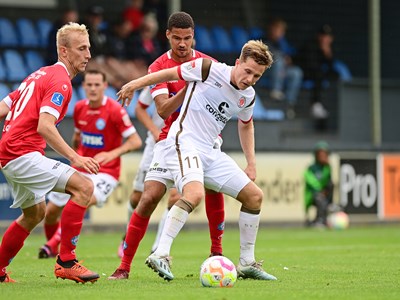 FC St. Pauli lost their third warm-up game of pre-season against Danish top-division club Silkeborg IF by two goals to nil on Friday afternoon. In front of 700 fans in the Danish town of Tønder, the Boys in Brown dominated the proceedings for long periods, but were unable to turn the advantage into goals. Silkeborg did better in the closing stages, Joel Felix and Anders Klynge scoring within seven minutes of each other to give the Danish outfit a 2-0 win.