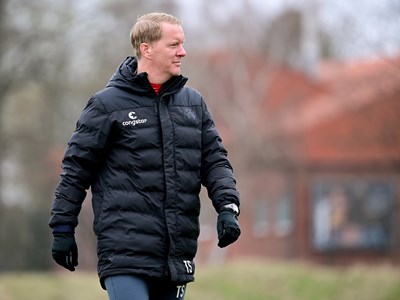 Schultz: "I'll have no objections if I can maintain my average"

Saturday evening's meeting with Hansa Rostock (20.30 CET) marks the start of the end-of-season run-in for the Boys in Brown. Ahead of the matchup with one of the league's form teams, head coach Timo Schultz took time out to speak to the media at a news conference on Thursday morning. 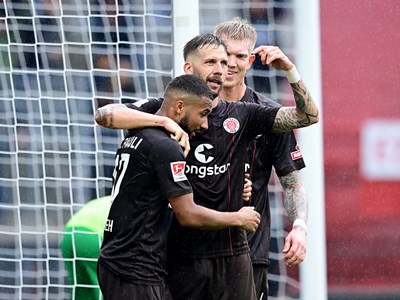 Burgstaller: "I’m no individualist, the success of the team is more important"

In between the two training sessions on Tuesday, Guido Burgstaller took time out to field questions from the media. 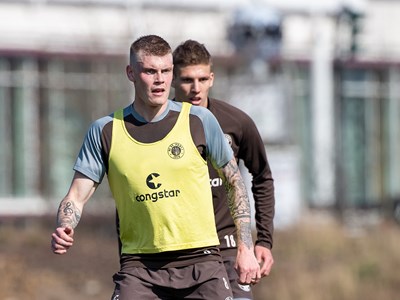 Smith: "Atmosphere is hard to compare with my previous clubs"

After training for the first time after three days off, Swedish midfielder Eric Smith took time out during the international break to field questions from the Hamburg media. 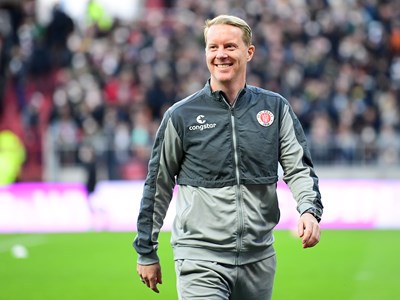 A marked improvement after the restart helped the Boys in Brown to victory over Heidenheim on Friday evening. After the final whistle, the mood in the camp was one of satisfaction, of course. 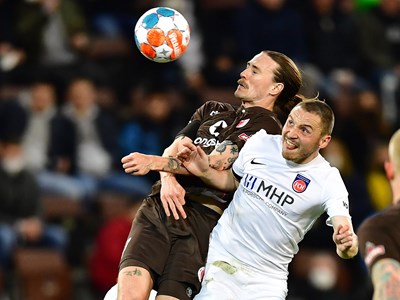 FC St. Pauli beat fellow challengers FC Heidenheim by the only goal of the game on Friday evening to secure three vital points in the promotion race. After an intense, yet goalless first half, the Boys in Brown gradually took charge of the proceedings after the interval in front of 27,433 fans, but were unable to find a way through until Daniel-Kofi Kyereh finally broke the deadlock from a perfect cross by Leart Paqarada on 67 minutes. 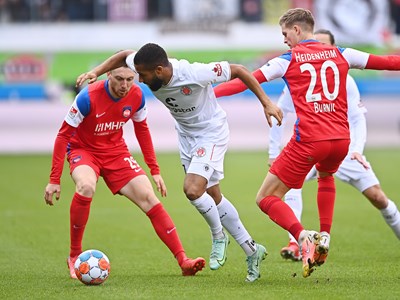 With the business end of the season gradually approaching, and before the second division takes its final international break next week, the Boys in Brown entertain FC Heidenheim on Friday evening (18.30 CET). It is the first of four top-of-the-table encounters at the Millerntor and the Schultz XI are eager to underline their impressive home form with another three points in front of what is set to be the biggest crowd in over two years. 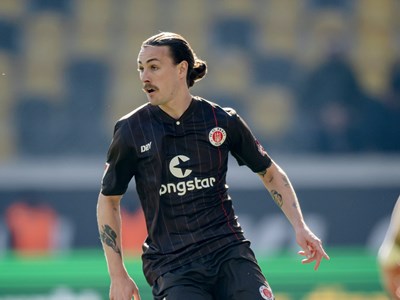 Irvine: "The fans can give us an extra edge that can make the difference"

Jackson Irvine has some busy weeks ahead of him – both for the Boys in Brown and for Australia. But that didn't stop him taking time out to meet the media ahead of the home game against Heidenheim this Friday (18:30 CET). 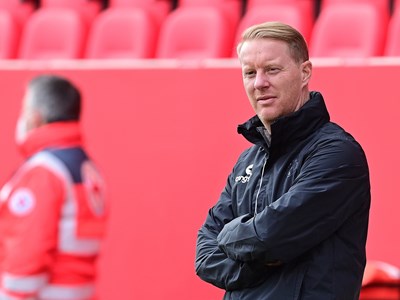 Schultz: "No objections if it's another thrilling game for the fans"

Three vital points are up for grabs on Friday evening (18.30 CET) when the Boys in Brown entertain FC Heidenheim in another mouth-watering second division encounter. At the Wednesday morning news conference, Timo Schultz looked ahead to the game in conversation with the local media. 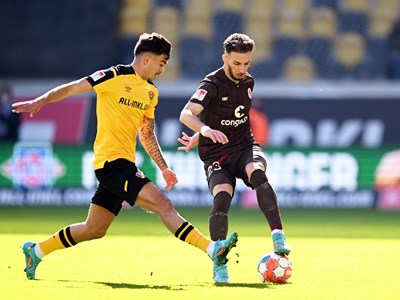 PAQARADA: "SOMEHOW WE WERE OUT OF LUCK TODAY"

It was the proverbial game of two halves. Dresden were the busier side before the interval but neglected to add a second goal, while the Boys in Brown dominated the proceedings after the restart, with only some profligacy in front of goal preventing them from securing a third win in succession. Here's the post-match reaction. 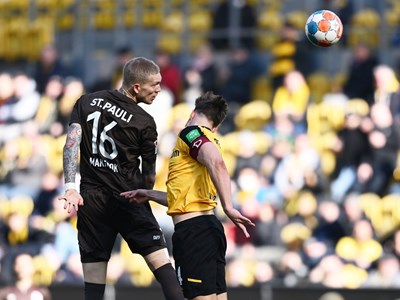 FC St. Pauli drew 1-1 at Dynamo Dresden in front of a sell-out 16,000 crowd at the Rudolf Harbig Stadium on Saturday afternoon. Christoph Daferner gave his team a deserved lead on 20 minutes in a busy first-half showing before Simon Makienok restored parity just before the break. The Boys in Brown dictated the proceedings after the restart but squandered several good chances besides being denied four times by the woodwork and eventually had to settle for the point.